Panther Editorial: Senate Must Convict Trump, Americans Must Pull Together 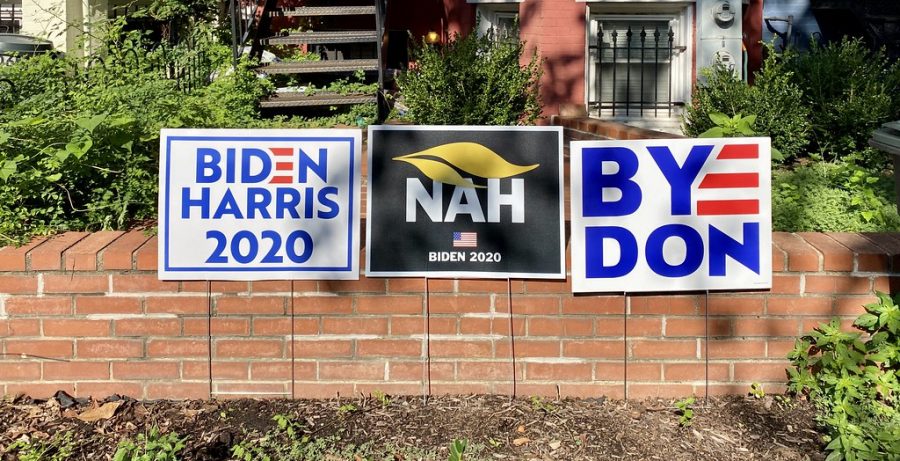 About one year ago, The Eastside Panther wrote an editorial about President Trump’s incompetence and lack of direction. A year later, that still hadn’t changed. The first weeks of 2021 brought the storming of the Capitol, the second impeachment of then-President Trump, and the inauguration of President Joe Biden and Vice President Kamala Harris.

The Eastside Panther editors urge the Senators to push aside the labels of Democrat and Republican and convict former-President Trump of insurrection, and call for Americans to see the Biden-Harris administration as a step forward.

President Trump was first impeached on Dec. 18, 2019, after several weeks of hearings. The articles of impeachment the House served then were “Abuse of Power” and “Obstruction of Congress.” The vote was almost completely split between Democrats and Republicans with only one independent voting to impeach President Trump, and three Democrats voting against impeachment on at least one article. On Jan. 21, the Senate launched a trial that ended in a foregone conclusion: an acquittal. Senator Mitt Romney (R-Utah) was the only Republican that voted to convict the president of “Abuse of Power.”

This time, the unprecedented second impeachment of a president came after Trump urged supporters to “fight like hell” to overturn the November election ahead of Congress’ scheduled counting of the Electoral College results. On Jan. 6, Trump supporters stormed the U.S. Capitol, ending with five people dead, dozens injured and the historic building seriously damaged. There were five people dead after the riot and the Electoral College votes were not counted until six hours laters. Even after the riot, some Republicans decided to continue to vote to overturn the election results in Pennsylvania and Arizona.

On Jan. 11, there was only one article of impeachment, charging Mr. Trump with “Incitement of Insurrection.” Ten Republicans joined all 222 Democrats in voting to impeach Mr. Trump, bringing the vote to 232 to 197. The second time around it was not surprising to have Donald Trump impeached, just as it had been frustrating to not see him impeached the first time around. It is not helpful when politicians put party loyalty above broader concerns and vote in a way to protect their party instead of following the facts.

A two-thirds majority of the Senate, 67 votes, is required to convict the president. Democrats hold 50 seats in the Senate. It is still unknown if 17 Republicans will agree.  Some Republicans have said that it is unconstitutional to impeach a president who is no longer in office, but the Constitution does not say whether a President needs to be in office to be impeached.

On Jan. 21, Joe Biden was inaugurated and he immediately started work by signing 17 executive orders, memorandums and proclamations from the Oval Office on Wednesday afternoon. On Jan. 21, Kamala Harris also became the first woman and first woman of color to be sworn into the office of vice president. Kamala Harris’s ascension made her the highest-ranking woman in the history of the United States and the first Black American and first person of South Asian descent to hold the nation’s second highest office. Justice Sonia Sotomayor, who was the first woman of color to serve on the Supreme Court, administered the oath. Kamala Harris will be casting the tie-breaker vote on impeachment since the Senate is split 50/50 for Democrats and Republicans.

While waiting for inauguration day, there was a mix of hopefulness and horror because of what had happened at the Capitol the week before. But the inauguration for President Joe Biden and Vice President Kamala Harris proved to Americans and the rest of the world that America will persevere. The Trump supporters who stormed the Capitol could not ruin inauguration day. This is a good step forward. We can take a breath of relief, but voting President Trump out of office was not the finish line. We have to stay active members in our democracy, and voting was the least we could do.