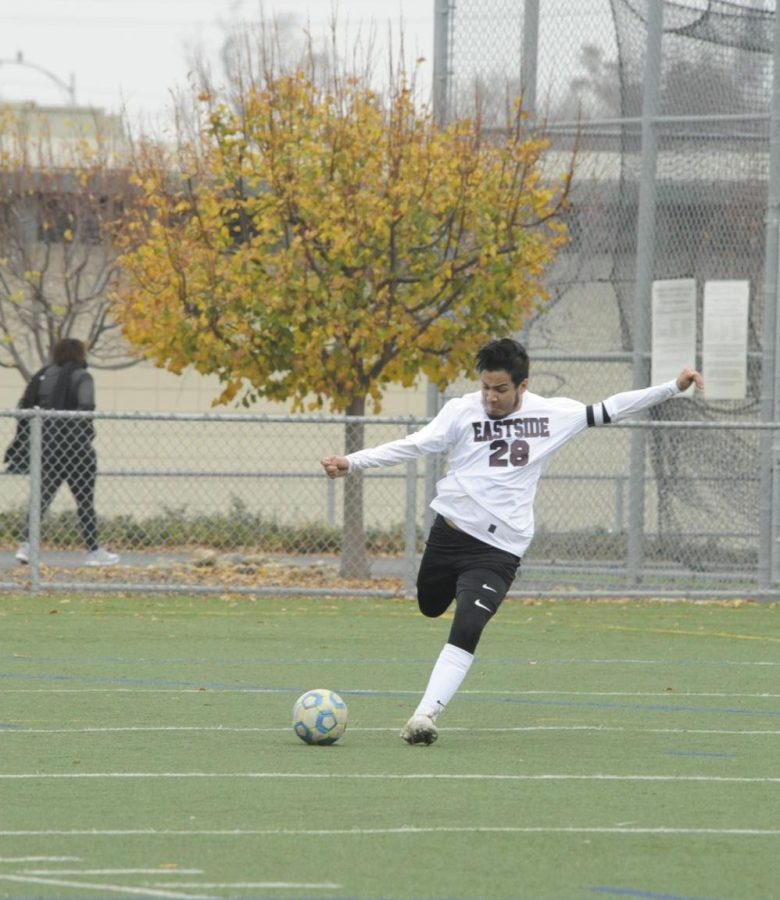 The boys soccer team has had a rocky start in pre-season games, but this has given them a clear view into their strengths and weaknesses.

The final pre-season game on Dec. 11 ended a streak of losses and was especially challenging because the Panther goalie was out sick.

On Dec. 4, the boy’s soccer team played against Hillsdale High School. Benched players and fans sat on the side line freezing, while competitive players from both teams played aggressively. Five minutes into the game, the crowd rejoiced when senior Jamil Rasheed scored Eastside’s first and only goal of the game.

Jamil himself, however, did not celebrate his goal “because the job wasn’t done,” he said later.

After the game, soccer coach Steve O’Brien said that the team went harder in the second half and still has more to work on. Even though they had lost, the team was proud of how they had played.

Players remain hopeful that the season will turn out well, despite having new challenges.

One of the biggest challenges is that there is only one varsity team with 30 players, which means not every player will get the chance to attend every game. The team is organized into two groups; a core group, which are the starters, and a rotating group of substitutes who don’t play in all games.

“When the travel list comes out, I am nervous the whole day,” said freshman Chris Kaage.

Another challenge has been injuries. After the first scrimmage against Latino College Prep on Nov. 18, five players were hurt because they hadn’t been on the field for almost two years and weren’t in top shape for competition. The players and the coach agreed that the team needed more conditioning.

The boys are working on advancing their skills, like building up their stamina and controlling their breathing while running during practice.

“We have the potential to be a good team, we just need more determination,” said team captain, senior John Paul “JP” Aguilar.