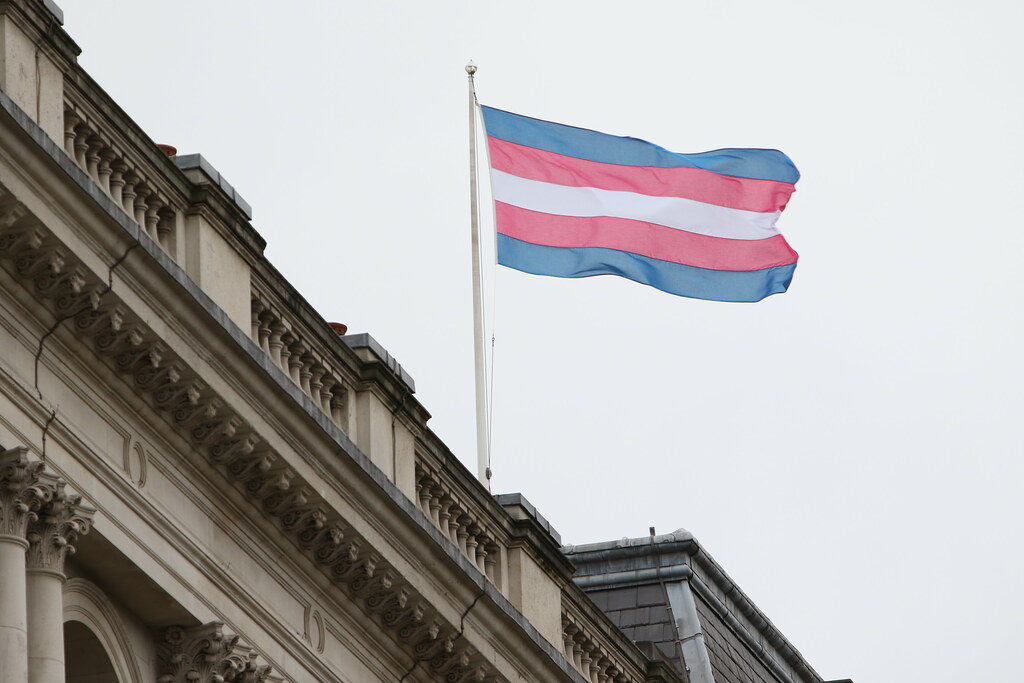 “Transgender Pride Flag” by Foreign, Commonwealth & Development Office is licensed with CC BY 2.0.

“Transgender Pride Flag” by Foreign, Commonwealth & Development Office is licensed with CC BY 2.0.

A Guide To Being A Better Ally: Pronouns and Gender Identities

By Sarai Wagner and Indira Villeda

In his first week as president of the United States, President Joe Biden got straight to work. Among a flurry of actions to reverse orders made by former President Donald Trump, on Jan. 2, he reversed a ban on transgender people serving in the U.S. military. Not long before that, the famous actor and “Juno” star, Elliot Page, came out as transgender.  Eastside Panther editors Sarai Wagner and Indira Villeda reflected on this timely issue in a conversation about neo-pronouns and the lack of trans-representation in Internet culture. Here are excerpts of that conversation, edited for clarity and length.

Sarai: People need to start expanding their perception of gender. I think a good way for people to start learning more is when they start seeing different gender identities more and it’s normalized and it’s not just dismissed or wrongly represented.

Indira: Seeing social media bring more light to this is so nice and so important, but it’s scary because it can open up

doors for more insensitive people to make jokes. Elliot Page came out as trans, they didn’t specifically come out and say they were a trans guy, but they did come out as trans, and a lot of people were really supportive. And their Dead name, which is the name they were previously going by, was already changed on the Wikipedia page. Something that I found really sad was that they said, “I also ask for patience, my joy is real but it is also very fragile. The truth is, despite feeling profoundly happy right now, and knowing how much privilege I carry, I’m also scared.” Immediately after, I saw a lot of posts congratulating them but also being like, what does this mean for the show (Umbrella Academy), and people also using their dead name and just being disrespectful.

LGBTQ+ – stands for Lesbian, Gay, Bi, Trans, Queer with the plus representing other sexualities and gender identies

Neo-pronouns –  singular third-person pronouns that are not officially recognized in the language they are used in, typically created with the intent of being a gender-neutral alternative

Dead name – using the former first name of a transgender/non-binary person without their consent or against their wishes; not using their new name they would like to be called.

Sarai: I’m really happy they came out because there is a drought in transgender representation in the entire entertainment industry, so I think it’s great. Honestly, it’s disappointing but I’m not surprised that people are being disrespectful, because this happens all the time when someone comes out. I don’t know if sometimes it’s just pure ignorance, but there are instances where it’s just plain disrespectful. Like referring to someone by their dead name or failing to acknowledge their new pronouns.

Indira: It’s cool to see how this is also like a learning experience for some people.

Sarai: Another thing I find interesting is the usage of he/them or she/them pronouns, especially when people with a big audience use them, since they are normalizing pronouns and showing to their audiences that it isn’t just for people transitioning or non-binary people. I feel like it’s starting to open up a discussion and showing people pronouns they might not know about.

Indira: I definitely agree with that and I don’t think it’s only a learning experience for others but it’s also a gateway for self-discovery. I’ve seen other people talk about how after they have been asked what their pronouns are, they really had a chance to do that deep soul searching and realize, “wait maybe I’m not fully binary.” It can be a learning moment for everyone.

Sarai: Until this year, I didn’t know about she/they and he/they pronouns, but I saw more of my friends using them and being comfortable using them. I don’t know if it’s because of the media and having more exposure to these identities, but I think it’s definitely a beneficial thing to see more representation of these different identities. This representation can lead to more people feeling seen and encouraged to also use their preferred pronouns.

Indira: See, I had a different experience. Going to a middle school at Costano/49ers where they where trying to be more liberal, I had teachers asking us what our pronouns are, which was so cool to see. Early on in life, we could take those moments to think, “Yeah, wait, what are my pronouns?”

Sarai: Yes! People shouldn’t make jokes about other people’s identities! Like you are making fun of what another person feels comfortable being addressed as!

Indira: Right! And then the same people turn around and get mad when I use the wrong pronouns on a dog, like what is she going to do? Bark at me? No! She doesn’t care!

Sarai: I feel like we should focus on making sure everyone feels valid and safe in their communities. Like putting your pronouns on your bio no matter if you are cis or no, should be a norm. I would like to share something I’ve seen lately: I’ve seen more and more people come out, and people usually are so supportive and nice, and it’s lovely to see that. Everyone should feel safe to come out and know that they will be valid and respected.

Indira: That just made me think of something: Ever since rapper Megan Thee Stallion got more famous, a lot of people have been just plain

disrespectful, referring to her as a “man” and that she is a whole “male” without makeup, purely because of her height, and it pisses me off to see. Like, it’s wrong in itself to even compare her to a man, but comments like that also push this narrative that “masculine” features make a woman less of a woman. That affects the trans-community, too, because it totally invalidates trans-women, who may have more masculine features. It makes it seem like those features should be an insecurity. Also, they make a lot of these comments only to Black women. I remember when a lot of people were calling Michelle Obama a man, too.

Sarai: It’s so disrespectful in every way. The association of features with a gender, the questioning of gender identity… it’s all just very wrong. I think a golden rule of being a decent human being should be to not question someone’s gender identity and whatever they identify as? You respect that. Also, people are 100% allowed to change their gender identity. We are constantly learning and evolving, sometimes that means changing your gender identity.

Indira: A good example of that is vlogger Miles McKenna! He came out twice to his YouTube channel since he started it at such a young age. He is honestly one of the best LGBTQ+ YouTube-content channels out there.

Sarai: Being queer in a very conservative, Christian middle school was hard, and he was such a good resource to really help me being comfortable in my sexual identity, since he supports that! He supports change and accepting and loving who you are. Vlogger Jessie Page is also a great YouTuber for LGBTQ+ youth to watch.

Indira: Honestly, one of the best places to really do your research is the Internet!

Sarai: Yes! It’s a good place to learn about stuff like neo-pronouns that a lot of people still don’t really know about.

Indira: Can you explain more about neo-pronouns, actually?

Sarai: Yeah! My understanding is also a bit limited due to the fact that I don’t use neo-pronouns myself, however, I do have a lot of friends who use them. From my understanding, neo-pronouns are sets of newer pronouns (neo – like new, to refer to the fact that many of these pronouns were created since the 20th century) that are used to refer to someone when not using their name. When you need to use a pronoun Instead of calling them by their name, you refer to them by their neo-pronoun. For example, a common set of neo-pronouns is xe/xem pronouns. The purpose of this is to deter the association of gender with a person. I know a lot of people don’t know what they are, or don’t understand neo-pronouns. I’ve also seen a lot of people try to invalidate them.

Indira: I think that the concern sometimes is when people come up with their pronouns, and don’t take it seriously, so it ends up offensive. However, coming up with a person’s own pronoun can be SO useful for that individual, but also there are concerns and fears about some people misusing those pronouns and disrespecting the community. I will say, though, it’s pretty cool to see how it’s not just an English thing. Like in Spanish, there is the “elle” pronoun, instead of ella or el. 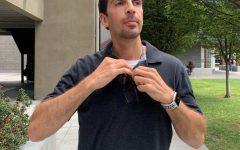