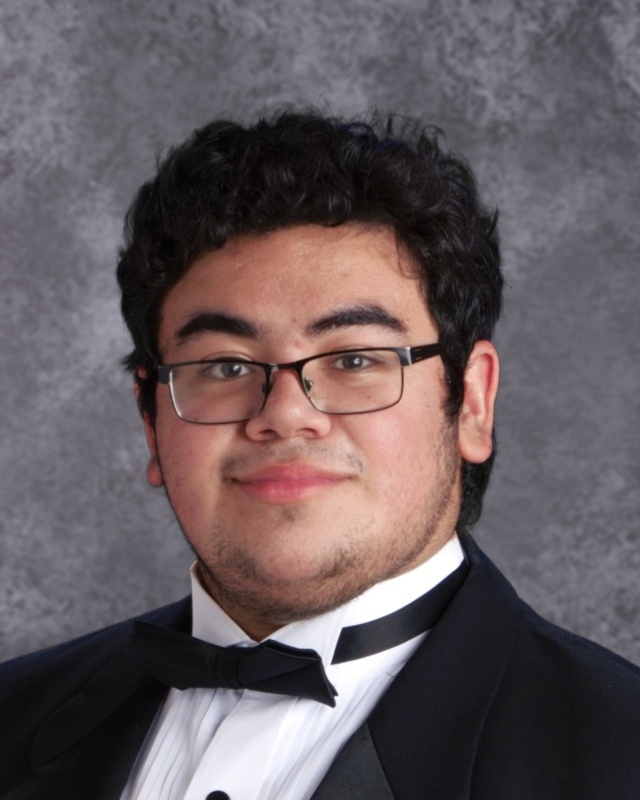 Abraham Bojorquez has come a long way since his freshman year, and he appreciates having attended a small school where he couldn’t avoid his problems and was forced to face  and overcome them.

Abraham set high standards for himself, academically and socially, but learned to avoid burnout.

“Take things slowly,” he said. “It’s not the end of the world if you get a bad grade, it’s not going to ruin your life if you have a  problem with a friendship. Things will go on. This is just the beginning of our lives.”

History teacher Jasmine Kelly-Pierce, who taught Abraham in 10th grade and had him for a Tutorial, knew him even before that, due to his unique and well-known friendliness.

“I knew his friends and he was super-friendly and it was almost like I did teach him, even though I was this random adult stanger who he didn’t have as a teacher,” she said. “It was like I knew him immediately, because he was so open and so friendly.”

Jasmine said Abraham was always a curious learner, and has become more analytical over the years. As a sophomore, he brought up  plenty of questions after class, well beyond the material in the lesson.

Abraham’s curiosity drove him to aim high for college, and he gained admission to several top University of California campuses. He decided to go to UC Davis.

Abraham is fascinated by how the human mind works. After enjoying the Foothill Psychology class last summer, and Chemistry as a freshman, he plans to focus on this field of interest for his studies in the future.

Abraham also learned about himself through electives classes — Strength and Conditioning, and Digital Illustration.

“(Strength and Conditioning) gave me a sense of control over myself,” he said. “It also helped me with school because when things weren’t in my control, for whatever reason, if some complication came with a test, I still felt like I had some control over myself.”

Digital Art helped him develop skills and became a place to de-stress in pre-Covid times — he could relax, talk with peers while drawing, and crack jokes with everyone. As a senior with classes all online, he took Advanced Digital Art, which allowed him to take days off and relax.

Even with distance learning, friends have been one of Abraham’s greatest support systems. Using apps such as Discord, where friends can chat about what is going on in class, seek help on classwork and play games, helped him keep his mind off of stressful things.

“They are all going through the same things I’m going through so they understand exactly how I’m feeling, ,” he said.  “ We’re there for each other and make sure we’re all good and retain some sense of normalcy.”

“He has been someone I can depend on when something turns sour, but also someone that is enjoyable to be present with,” said Henry Asencio, a friend since freshman year, who appreciates Abraham’s positive attitude.“I think that is one of the more obvious things about him, he has a gregarious nature that lights up a room, a magnanimous spirit that has a positive impact, and he is a friend that I won’t forget.”