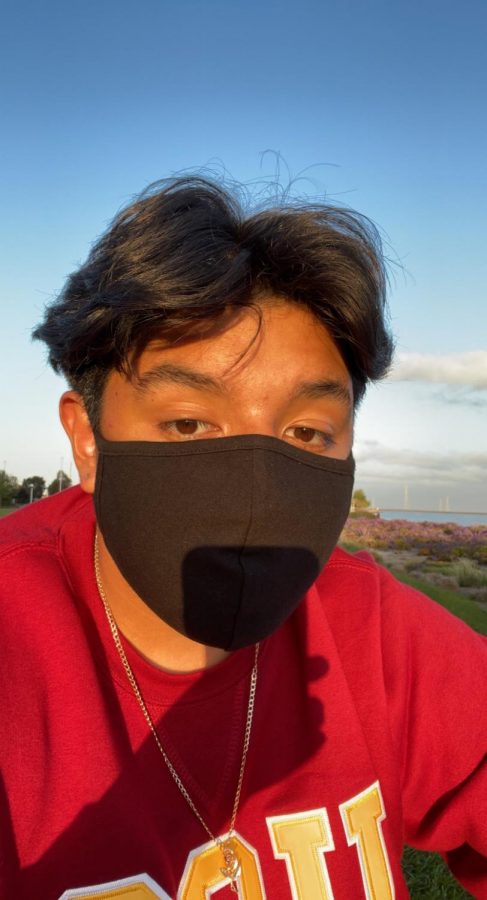 Introducing senior Jonathan Solis, who some call Solis or Johnny given the many Jonathans in the class of 2021.

Solis played soccer throughout high school, and also took Photography, where he felt he could be more expressive. And, he kept on top of it in classes, consistently making the Honor Roll or Dean’s List.

Yet Solis felt he struggled with the high expectations that he put on himself and that Eastside encourages for students.

“I put high standards on myself because Eastside pushed me to,” Solis reflected, “but it’s definitely worth it in the end.”

Solis managed to pull all that off and still make time for friends and the community, for being someone you can count on..

“I have known Johnny for the past seven years! I’ve been with him since 6th grade and man oh man… it’s been like hell,” joked friend and fellow senior Marvin Linares. “But jokes aside, I really appreciate this man, he has been a really good friend.”

Many see Solis as a good friend and someone they can rely on and go to when they need to talk.
“I always try to bring a positive and friendly vibe,” Solis said. “I definitely want to be remembered as someone who was always friendly to people.”

According to senior Jose Angulo, Solis wasn’t always so friendly because he used to be pretty shy.

“Solis has become much more open and social throughout the years,” Jose said. “He used to be really shy when I first met him and didn’t really come off as the extrovert.”

Now Jose said that “there isn’t one person that I know that doesn’t have some sort of connection with him.”

One of the greatest influences on Solis has been AP Language & Composition teacher Sarah Kreiner, who also served as his advisor throughout high school.

“Her advice has led me to try and pursue being someone I can be happy with, disregarding what other people think of me,” Solis said.

Solis has some parting advice for other students: “Really prioritize your mental health, it’s important. Reach out to teachers if you’re struggling, more often than not they are understanding.”

Solis will move to the University of Southern California this fall, eager to take “the first steps into the exploration of a new world.”

On a final note, Marvin does hope that Solis will “explore the world, take any opportunity in life, make good choices and overall make the best out of it cause he deserves to be successful.”