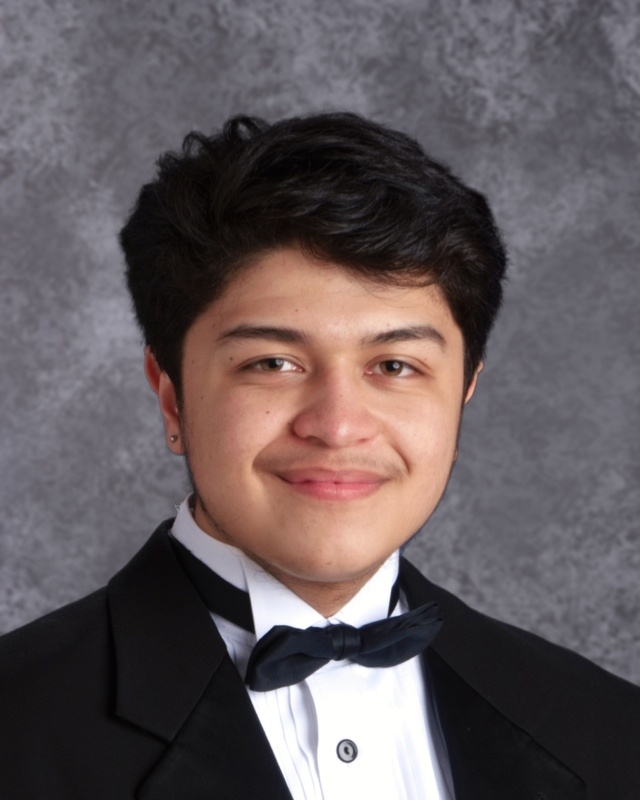 Through Computer Science class, Luis explored different areas he was interested in.

“He often entered the classroom excited about something that we had worked on during the previous class, and with several ideas about what else could be done in that project. Everyone around could feel his excitement and it often got them more interested in the project,” said Computer Science teacher Anil Vempati. “When he’s interested in something, he throws himself into it completely and ignores almost everything else, including lunch, several times. He has a genuine curiosity about how everything works, not just computers.”

Luis came to Eastside in sixth grade thanks to his sister, who looked for a place that would help him focus on his passion for learning and achieving his goal to get to college. Luis appreciates the small size, support and caring at Eastside.

A major challenge that Luis faced was having severe ADHD and not getting treatment for a long time. He loved learning, but felt his mind pulled in too many directions at once. He struggled with sitting down and focusing on one class at a time.

In his junior year, he finally received medication, but then the pandemic hit, so he had to learn new ways to focus on school and do the work.

Luis felt he missed some opportunities because of his ADHD, but he is very grateful for his family and friends who helped him through.

“If I were to live by some saying, I would just say to myself to make sure there is purpose behind everything you do — not to the point of exhaustion and lack of fun, but to the point where you find yourself balancing productivity and mental health at the same time,” Luis said. “It’s difficult, though, because sometimes I become, ‘I will take a break on mental health to focus on school.’”

For relaxation, Luis enjoyed playing League of Legends and other multiplayer games with friends online. Luis and close friend and classmate Henry Asencio met in the dorms but didn’t embark on their friendship until the pandemic hit.

“We started talking during the quarantine, and every day is the same — we just start playing video games,” Henry said.

After six years at Eastside, Luis feels a little down that he won’t be able to stay learning with the same classmates, but he also looks forward to making new friends and having more independence when he heads to San Francisco State University this fall to major in Computer Science.