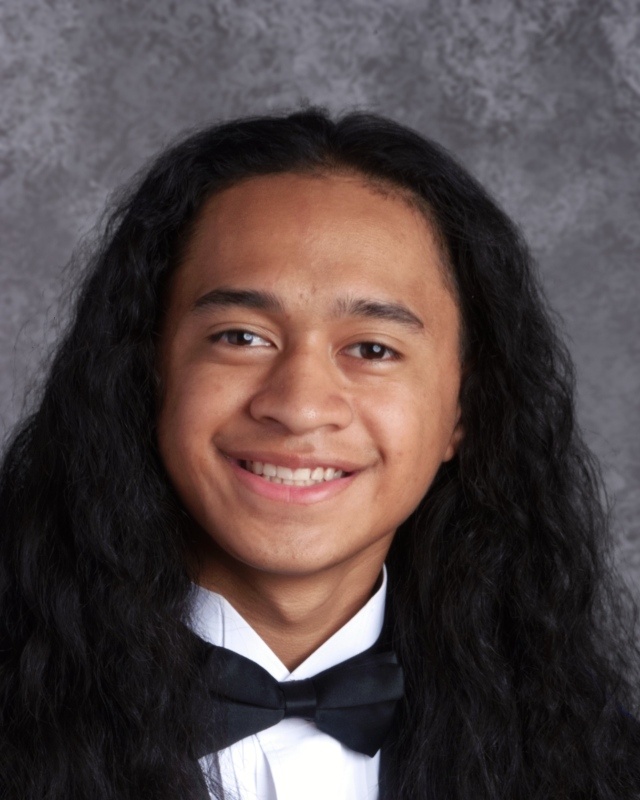 Sione Asikia is one of the handful of seniors who has been at Eastside since middle school.

“My time at Eastside was an experience you can’t find anywhere else,” Sione said. “It’s simply rare to have.”

Although he had a great time at Eastside, there were times where he would struggle.

“My struggle at Eastside was motivating myself to do work and keep up with work,” he said. “I overcame it with people helping motivate me.”

Some of Sione’s friends have known him since middle school and have seen how he’s grown since 6th grade to now.

“I’ve known Sione since middle school, the first time I talked to him was during Tina’s class and it turned out that we used to have the same celebrity crush and fought for who knew her the best,” senior Jonathan (Johnny) Sacor said.

Another one of Sione’s friends who have known him since middle school is senior Breon Pita who had one thing to say about how he’s changed.

“He finally got taller,” Breon joked.

“Sione has matured more throughout the years,” Johnny said.

Both Johnny and Breon note that despite his maturity, Sione still has one great sense of humor and he can always make people laugh with him.

Sione did not shy away from sports — in fact, it’s easier to say which ones he didn’t do. His favorite was volleyball where he created the best memories.

Sione will be attending San Francisco State University this fall where he will major in criminal justice.

Despite going to different colleges, Breon said that he’s “not trippin, Sione is my Day One, plus he’s going to college in my city, so we’re about to be clocked up.”