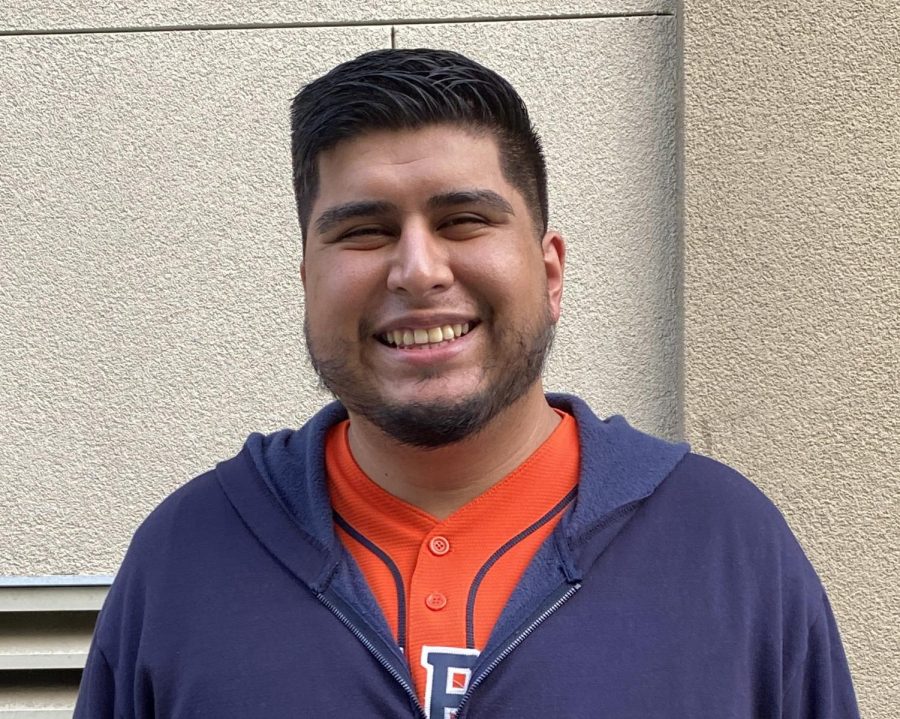 The 15 freshmen on the boys’ hall in the dorms who have Leo Anaya as their new Residential Faculty mostly enjoy him because of his sarcastic sense of humor and his helpful, understanding personality.  But they really don’t like the haircut he gave to his dog Psyche two weeks ago.  The once fluffy white and black shih tzu came out looking like a hairless cat.

Leo came to Eastside in June with Psyche and with his wife, Amairany Fuentes, his first time living in California and his first time “big boy job” working with kids, he said.

He learned about Eastside when he was attending Carleton College in Northfield, Minn. with Addison Partida-Vasquez, an Eastside alum who also became a new teacher here in the summer.

When Leo started at Carleton, he found it hard to get used to because there weren’t many students of color and the environment felt strange. Then he got a text from Addison, who said, “Hey, another person of color, going to Carleton”. After that, they became close contacts online and built a relationship that continued to an in-person friendship.

Leo understands kids in the dorm – especially how they might miss their families.

Growing up, Leo said, “I couldn’t make friends, but I was really close to my family.”

So when Leo left for college, being away from family was hard, because he was used to always being with them.

“The first semester was challenging trying to make friends as well as being far from my family,” he said.

That makes him mostly equivalent with the boys in the dorm, which is a plus for the freshmen because Leo understands when they feel homesick.

Aside from dorms, Leo is also coaching the boys volleyball team, having played volleyball himself for 10 years. He still plays volleyball and baseball in his free time, and enjoys watching baseball and football after school. He also enjoys playing Super Smash Bros Ultimate on his Nintendo Switch with his freshman boys.

His most unique hobby is on display in his room — he collects Funko Pops, which are 4-inch-tall plastic figures of pop culture collectibles and other custom-made icons. Check out the TV cabinet in his room where a variety of cartoon Funko Pops line the shelves, topped by a pair of custom-made versions of himself and his wife at the very top.