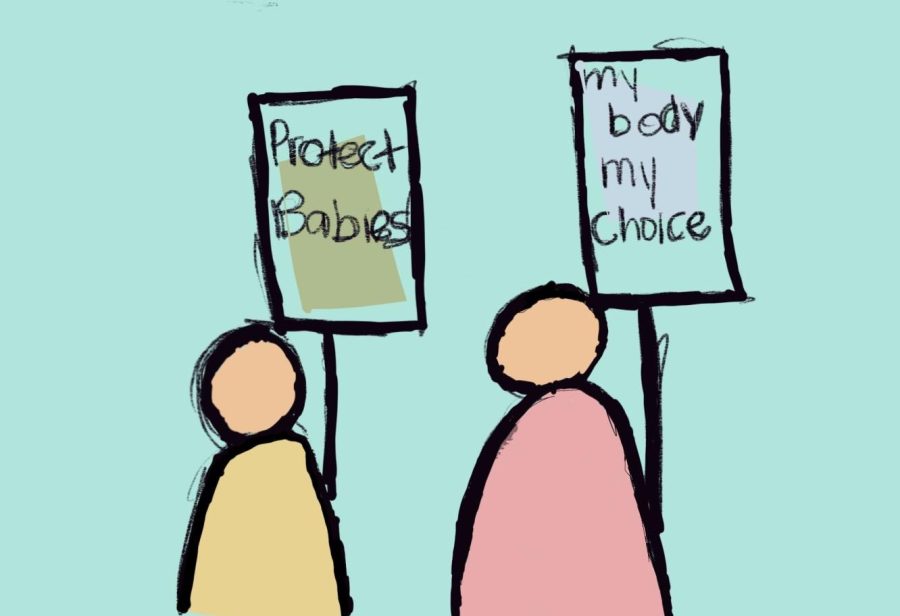 The United States Supreme Court heard arguments on Dec. 1 in a Mississippi case that could change the laws on abortion across the nation.

Mississippi had a law that bans abortions after 15 weeks of pregnancy, and a lower court blocked it. The case proceeded through appeals to the top most court, the Supreme Court.

In arguments at the Supreme Court on Dec. 1, lawyers from both sides stated facts and opinions and took questions from the judges. The case challenges the decision in Roe v. Wade in 1973, when the Supreme Court said access to safe and legal abortion is a fundamental right under the Constitution. Subsequently, in 1992, the Supreme Court upheld that right and banned states from prohibiting abortion before fetal

viability, or 24 weeks of pregnancy.

Since then, many states have implemented laws limiting access to abortion in various ways. The Mississippi law seeks to ban abortions after 15 weeks and will only make exceptions if the mother is having pregnancy complications.

“It matters because a woman should be capable of making her own choice and it’s her body and she shouldn’t feel ashamed,” said junior Uriel Velasquez.

Abortion decisions intersect with the right to privacy, access to health care and information, and medical consequences for women, said English teacher Amy Reilly. While there are many opinions on abortion, including from different religious value systems, she said, the laws are mainly being written by men who do not directly experience the consequences of those laws.

“There are real systemic problems,” Amy said. “We need to examine all the things that lead people to elect an abortion. If people want to end it as a practice, we need to tackle poverty, access to birth control, education to prevent sexual assault and many other things. The ideal situation is to take away the things that cause people to seek abortion, rather than to go to an extreme to limit medical access where it is sorely needed.”

The Mississippi case came on the heels of another abortion case at the Supreme Court. On Sept. 1, the Supreme Court had ruled that a new Texas law could go into effect, which banned abortions after six weeks of pregnancy, so early that many women do not yet know they are pregnant. The law states that any citizen can sue anyone who helps a woman get an abortion – even an Uber driver who takes a passenger to a clinic. On Dec. 10, the Supreme Court ruled that some abortion providers could sue certain government officials in federal court, and said the court could continue to be challenged in lower courts, but it did not block the law.

Roe v. Wade established the right to an abortion at the federal level, meaning that states could not have different laws defining those rights. The current cases challenge that precedent by asserting that states should be able to determine abortion-related laws, rather than the federal government for the nation as a whole.  The outcome of these cases will impact both the access to abortion and the balance of power between states and the federal courts.

In his comments on the decision on the Texas law, Chief Justice Roberts wrote that the law tries to undermine the authority of the Supreme Court. He wrote that it “has had the effect of denying the exercise of what we have held is a right protected under the federal Constitution.”

Over the years, the Republican Party has won control of the state governments and courts in many states, and many of them have passed restrictions on abortion at the state level. For example, Mississippi’s case, known as Dobbs v. Jackson Women’s Health Organization, came to the Supreme Court as the result of an appeal of a lower court ruling on the ban at the state level. At this time, some 22 states have restrictions in place, and eight still have abortion bans among their laws, which could be enforced if Roe v Wade is overturned. In 2021 so far, 19 states have put in place 106 restrictions, including 12 abortion bans, according to an analysis by Guttmacher Institute, a non-profit working to support reproductive rights.

With three new Supreme Court justices named during the Donald Trump presidency, the balance of opinion among the nine judges there has shifted. During the Mississippi case arguments, the most recently appointed Supreme Court judge, Amy Coney Barrett, suggested that adoption could be a better option than abortion for easing the burdens of unwanted pregnancies.

A decision on the case is not expected immediately. The Supreme Court judges will consider the arguments and deliberate for some months, possibly issuing a ruling next June.

Government and Economics teacher Jaya Subramanian stated that many people are nervous about what the ruling might be in the end. 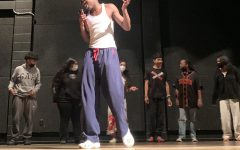