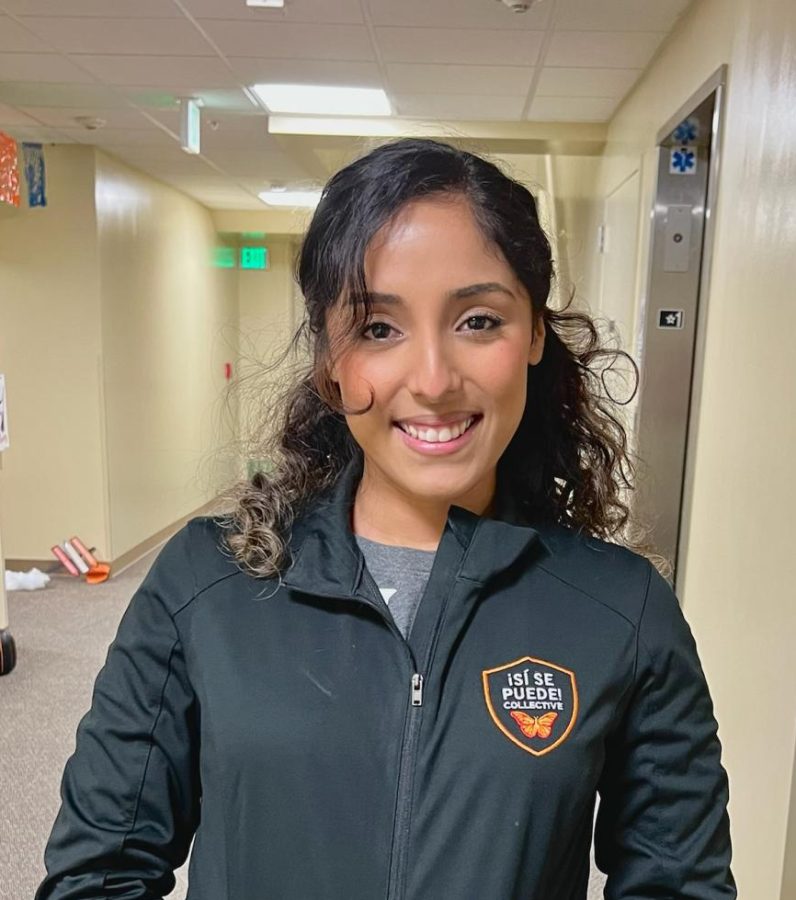 Chaslie Lamas can be seen around campus with her curly hair and positive personality! Chaslie, a new member of the residential faculty for the girls dorm, is in charge of the freshman and sophomore girls.

“I hope to support them not only academically but emotionally as well,” Chaslie said.

She may be a new RF, but Chaslie knows Eastside well as a graduate, class of 2015. Coming from Richmond, she lived in the dorms as a student, so she is familiar with the dorm culture.

“I look forward to getting to know everyone else in the dorms,” she said.

Chaslie took part in various extracurricular activities during high school. She took Yearbook for all four years, Art for three years, and played soccer during her sophomore and senior years. She also participated in Dance, Drama, Zumba and was a member of the Prom Committee.

“I was very busy during my time at Eastside,” she said.

Chaslie’s hard work paid off when she went to Santa Clara University, where she majored in Sociology and Ethnic Studies, and graduated in 2019.