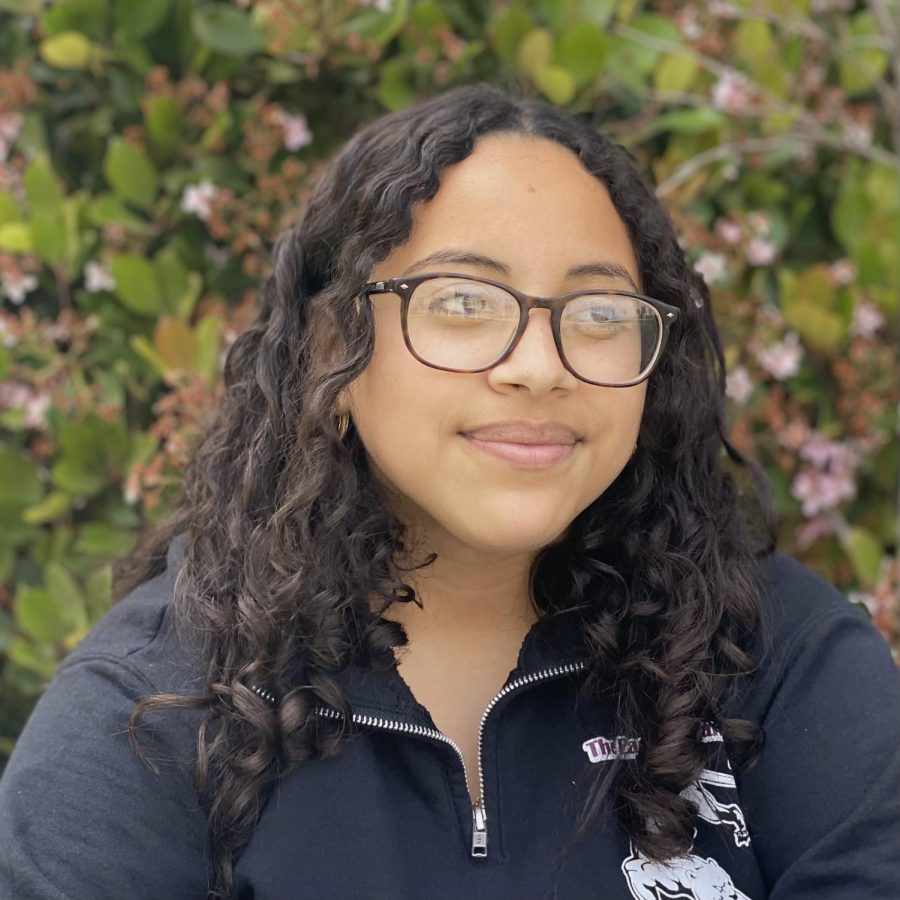 Seven years ago, Diana Gomez came to campus as part of the last middle school class. She remembers knowing hardly anyone and feeling shy.

The middle schoolers formed a close bond, though, and it carried into high school. Now, she feels thankful for having many people she feels close to as she prepares to leave.

Diana always has enjoyed classes that involve writing, such as U.S. History, Writing for College and Senior Research Institute, because writing allows her to express herself. She took Journalism for three years and rose to co-Editor-in-Chief this year, as well as being the Photo Editor for the past two years.

“Whatever I couldn’t find the courage to say, I could write,” Diana said.

Diana also found a passion for Biology, and in SRI, she combined her interests to research on racial disparities in maternal healthcare.

“I felt like it was something I was really passionate about,” she said. “Black, Native American mothers die every day because of healthcare in the U.S.”

When she attends University of California, Davis this fall, Diana hopes to study public health – an interest since childhood – and eventually give back to her community.
Diana also played Panther soccer for four years, a sport she had played since she was six.

Henry also highlighted how humble Diana is, never bragging about grades even when she earned perfect scores or won honors, such as the Mount Holyoke award last year and Excellence awards for SRI and Math this year.

“She’s everything you could ask for in a friend,” Jessica said, “driven, supportive, hardworking, kind.”