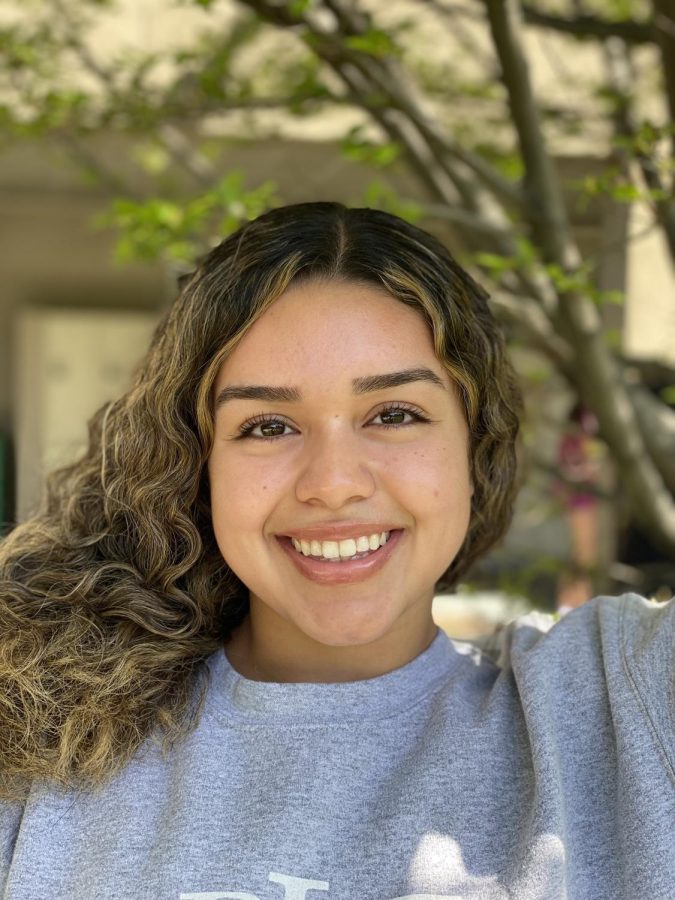 Diligent, mature, hardworking, loving, responsible — these are words that teachers and friends use to describe Erika Morales.

Best friend and classmate Lupita Diaz has known Erika since middle school and believes Erika will go far in life, not only because of how smart she is, but also because of how she carries herself in a bold and assertive way.

“The way she carries herself is very admirable,” Lupita said. “She is always reaching for the top and is a go-getter, whether it’s in the classroom or a new job she is getting.”

Erika played Panther soccer for one year and said she will miss and cherish the memories she made with her teammates, such as spending Christmas with the team and Coach Juan Grau. Not only did she build relationships, but she grew as a person.

“At our Christmas party, we all bonded and had a great time,” Erika said. “We all really got closer to one another.”

Even though Erika had Biology online while classes were not in-person, her relationship with Biology Teacher Marlene Mullin grew significantly. Erika had struggled with Biology in her junior year, but this year she went the extra mile to learn from mistakes and misunderstandings. Marlene appreciates Erika’s active participation and admires that she doesn’t do her work just to get it done, but makes sure she comprehends it.

“When she doesn’t understand something, she comes to get more practice and help,” Marlene said. “She’s not passive, she’s active and asks questions to improve her learning.”

In her senior year, Erika received an Eastside Excellence Award for Habits of Work.

Erika has been assisting her father with opening up a food truck business, which led to her interest in becoming a business woman herself, starting when she heads to San Jose State University in the fall to major in Business.