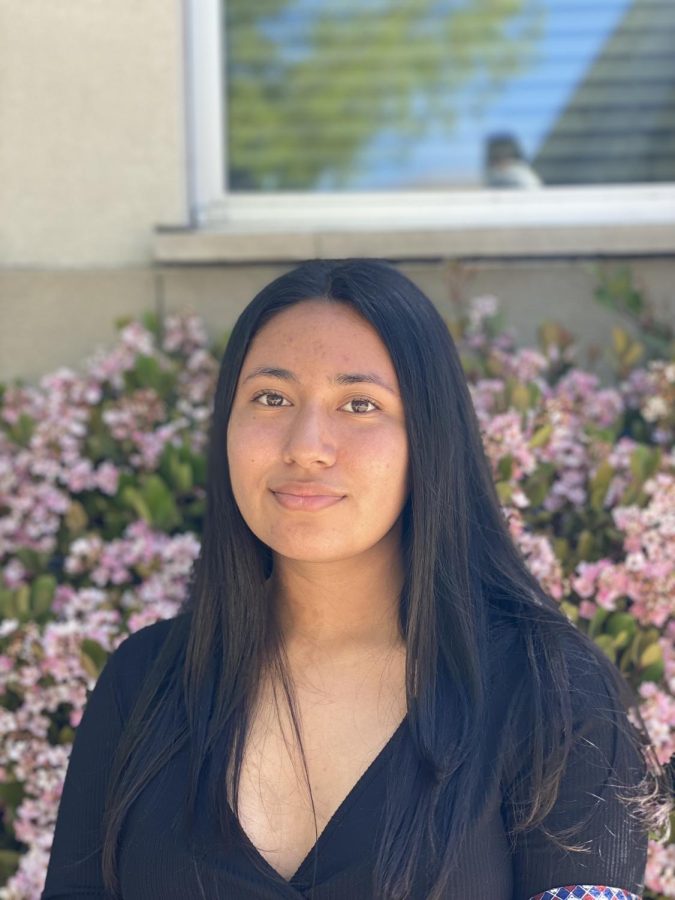 History Teacher and Cross Country and Track Coach Jasmine Kelly-Pierce has enjoyed working with Jessica Cornejo, both in the classroom and on the field.

She also stands out as open-minded, nurturing and a team player, Jasmine said.

“If you have something going on, she’s someone you can talk to really easily,” Diana said. “And she’s always available.”

Jessica came from an under-resourced middle school and doubted whether she would ever have the chance to go to college. Now, she will head to University of California, Davis to study computer science, and she looks forward to expanding her horizons.

Jessica participated in Track, Cross Country, Art and Computer Science over the past four years. She built on her interest in the world of computers by joining programs outside of school: Digital Tat, which discusses social media and their influence on local communities, and Google Code, a coding program.

During her free time, Jessica enjoys spending time with friends and family. Her greatest influences are her parents, who both had to stop school in order to provide for their families and eventually immigrate to the United States. Jessica advises younger students to not procrastinate or give in to senioritis, and to take advantage of the many opportunities to explore through electives and extra-curriculars.

“High school isn’t just about the academics,” she said. “Yes, they’re important, but you have to make sure that you’re also trying out new things.”