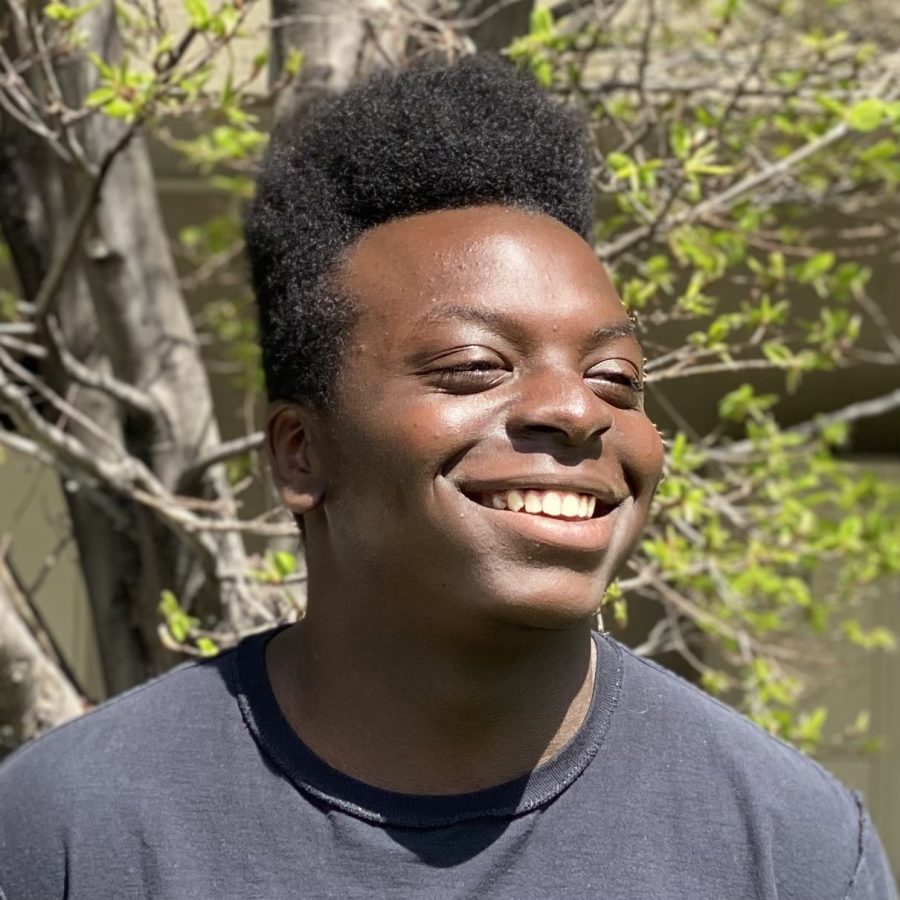 Judge Cantrell, who can be seen on campus wearing a Marvel shirt and high socks, is known as the spokesperson for seniors who constantly cracks jokes. Teachers and friends describe Judge as passionate, memorable, hardworking and loyal.

Eastside has been part of Judge’s world for years, thanks to a cousin who graduated in 2017. He knew he wanted to come for high school, but then he learned about middle school and seized the opportunity, becoming part of Eastside’s last middle school class.

“He’s a leader, he’s willing to take on difficult things to help the community,” said World History Teacher Jasmine Kelly-Pierce. “He’s grown as a leader and he’s grown as a mentor.”

Judge has taken many electives and participated in many clubs, and this year has regularly emceed at the First Friday events, where he lit up the space and put smiles on peoples’ faces. He has taken Drama and Strength & Conditioning for all four years, and Choir for three, and joined the Chess Club, Anime Club and student leadership. He earned an Excellence Award in Drama this year.

“He’s almost kind of like a secretary,” said senior Chris Escalante. “Whenever an event is happening we all look to him to take charge.”

Judge will miss the people he has met over the years.

“I definitely will miss the people for sure the most,” Judge said. “They literally make me want to show up to school.”

Leaving high school is bittersweet, especially since he had his last performance on Apr. 28 in the Drama production of Door to Door, the first in-person school play in two years.

“It felt all too real,” Judge said. “As soon as the curtain call happened, I realized it was the end.”

Judge will bring his charisma to California State University, East Bay, to major in Performing Arts.