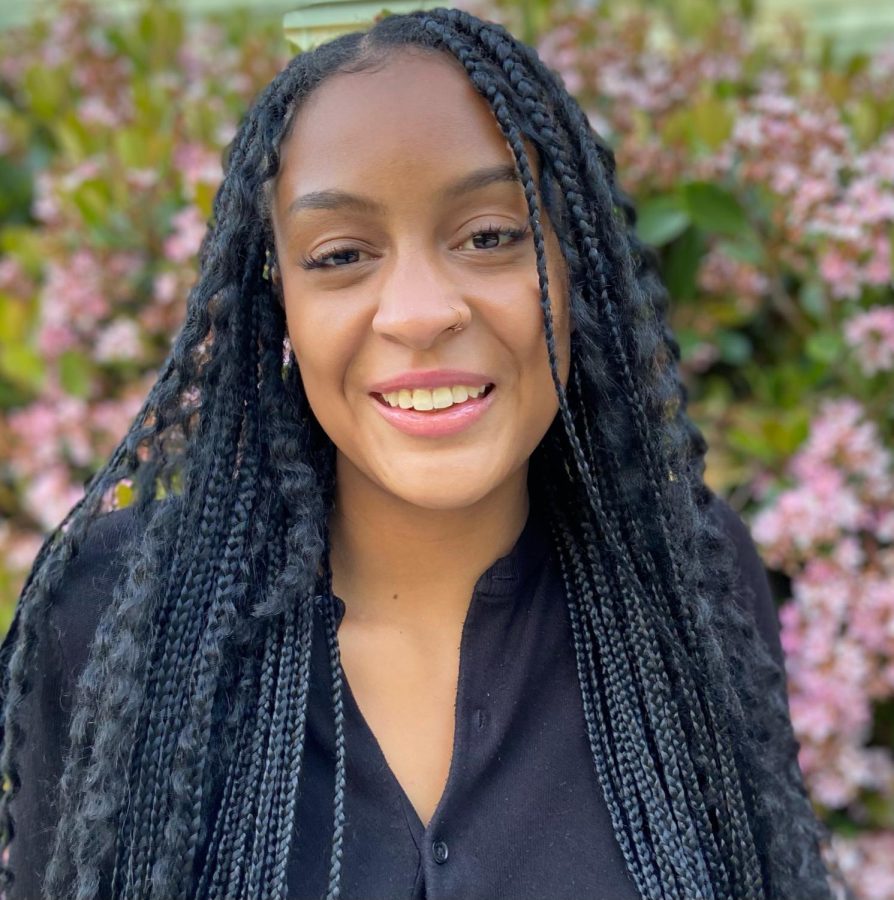 When looking for a gentle and kind senior, Sarai Wagner comes first to mind for many people. With her expressive fashion and confidence, Sarai is always there to contribute to any conversation.

Sarai moved into the dorms during the second semester of her freshman year. In that environment, she maintained close relationships with peers that became a huge mutual support system.

“She really helped me grow as a person,” said senior Victoria Zaragoza, one of Sarai’s dorm mates. “I think that’s something that she does with a lot of people. She knows how to find the best in people and bring that out.”

Despite the challenges of academics, Sarai’s positivity allowed her to become increasingly involved with her school community. She co-founded the K-Pop Club, joined the Gender & Sexuality Club, and took Journalism for four years, rising to the position of co-Editor-in-Chief this year.

She came into Journalism interested in a career as a pop culture and music writer and branched out over the years, including taking Creative Writing as a senior. At the Journalism convention in Philadelphia in the fall, she won recognition for her writing. And at Eastside, she won a 2022 Excellence Award in Writing.

“She knew her interests from the very beginning,” said Journalism Teacher  and Sarai’s SRI Advisor, Elisabeth Rubinfien. “She pursued them, and she worked hard on developing herself as a writer.”

In 2020, during COVID-19 and the Black Lives Matter movement, Sarai began to realize that she could use her writing skills to advocate for social justice and awareness.

“I’d like to become an entertainment journalist who finds a way to shed light on Black and Brown creatives,” Sarai said. Leaving Eastside is “very bittersweet,” she added, “but I’m excited to go on and study what I’m passionate about.

Sarai will move to Sarah Lawrence College in Bronxville, NY, to study writing.