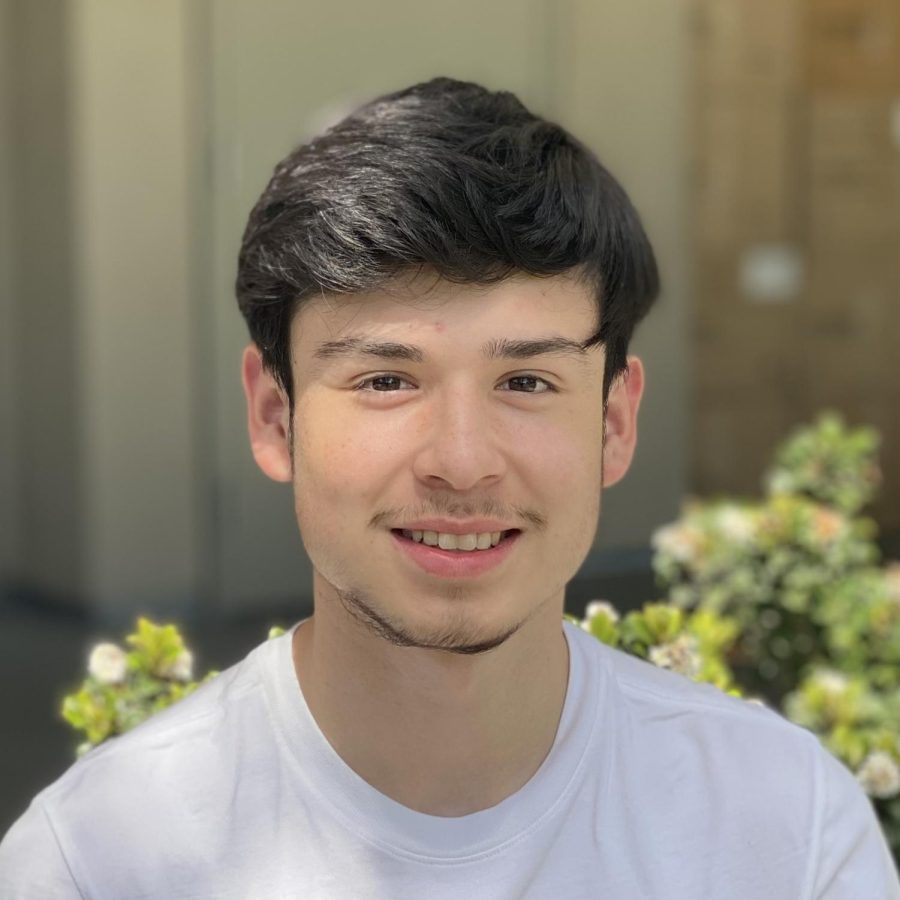 Once a reserved and shy underclassman, Sergio Ochoa has grown into a sociable upperclassman, with close friendships in high school and eagerness to meet new people in university.

“I wouldn’t really speak out, I was very antisocial,” said Sergio, thinking back to freshman year.

Playing on the soccer team as a freshman and sophomore helped him come out of his shell. His first year on the team, Sergio was able to meet and talk to other players and after that, he went on to build many meaningful relationships at school.

“I started getting the confidence to talk to people,” said Sergio. “Now I don’t really care what anyone thinks of me.”

“The energy we have is similar,” Juan said. “We always try to make jokes.”

Juan admires Sergio’s growth over the past three years.

“He got more serious about everything,” Juan said.

Junior Juancarlos Orozco, who described Sergio as “chill, genius, and funny,” explained that although Sergio has become more serious, he still keeps his humor.

“We laugh at whatever,” said Juancarlos. “I’ll miss the laughs and the vibes.”

After he graduates from high school, Sergio looks forward to being active, making money and trying new things.

Sergio became interested in a career in business after participating in a summer program called Meaningful Entrepreneurship Program. Sergio is thankful for the opportunities he took advantage of at Eastside, like MEP.

Sergio plans to stay athletic, either playing indoor soccer or joining a team at San Francisco State University, where he plans to major in Business Marketing.